Sexual orientation is not a mental illness. Rather, people who identify as lesbian, gay, bisexual, transgender, queer, intersexual or asexual (LGBTQIA+) often face an increased risk of mental illness due to discrimination, social exclusion, harassment and violence.

As such, studies have found that LGBTIQA+ people are twice as likely to be diagnosed and treated for mental health conditions than the general population.

Being supported and feeling safe to explore and express your sexual orientation and self-identity can be good for your mental health.

What is Sexual Orientation?

Sexual orientation is an individual’s emotional, romantic, and sexual attraction to people of the opposite sex, same-sex, or both sexes.

However, it also involves feelings about your own body image, your approach to intimacy, individual attraction and how you develop and maintain relationships.

It can be influenced by your thoughts and desires as well as past experiences, your culture, your background, your friends or your religion, among other factors.

Exploring your sexual orientation is an important part of understanding your identity. Beyond the ability to reproduce, it also defines how you see yourself and how you physically relate to others.

There is no clear determining factor for sexual orientation, but it is generally considered to be related to a combination of environmental, emotional, hormonal and biological factors. Those factors are different for different people.

Sexual orientation isn’t a choice and can’t be changed through activities such as conversion therapy.

How you define your sexual orientation is up to you and you don’t have to label yourself at all.

How you define your orientation may also change over time.

However, in broad terms, sexuality may fall into one or more of the following LGBTQIA+ categories:

Some people may also use the term ‘fluid’ to express themselves and their feelings.

Sexuality is central to self-identity, and not being able to express this is damaging to your sense of self-worth and overall mental health

Common factors include feeling ‘different’ to others, feeling pressure to deny or change your sexuality as well as verbal or physical bullying about sexuality.

As such, LGBTIQA+ people experience mental health challenges, such as:

A lack of LGBTQIA+ knowledge and cultural awareness contributes to the issues. Deciding to come out or live openly as a LGBTIQA+ person can be particularly challenging. 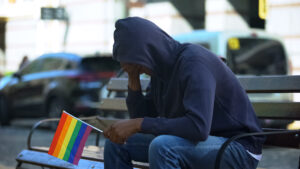 Coming out is the first step in your journey to living as an openly LGBTIQA+ person.

Individuals do not move through the coming out process at the same speed. It happens in different ways and occurs at different ages for different people. Some people are aware of their sexual identity at an early age, and others arrive at this awareness after many years. Coming out is a continuing, sometimes lifelong, process.

You are the only person who can decide when and how it is safe to come out.

Considerations in Coming Out

In coming out to others, consider the following:

If you’re ready to talk to a mental health professional, our psychologists can help support your journey and help you feel positive about your sexuality.

We are experienced in dealing with these sensitive topics and will provide you with a professional, safe and comfortable environment to explore your identity and any mental health concerns.

Coming out can be a difficult process and it can be helpful to seek professional help. Contact us today to find out more or to get support coming out.